Since protein-DNA interactions are highly essential to diverse biological events, accurately positioning the location of the DNA-binding residues is necessary. This biological issue, however, is currently a challenging task in the age of post-genomic where data on protein sequences have expanded very fast. In this study, we propose iProDNA-CapsNet – a new prediction model identifying protein-DNA binding residues using an ensemble of capsule neural networks (CapsNets) on position specific scoring matrix (PSMM) profiles. The use of CapsNets promises an innovative approach to determine the location of DNA-binding residues. In this study, the benchmark datasets introduced by Hu et al. (2017), i.e., PDNA-543 and PDNA-TEST, were used to train and evaluate the model, respectively. To fairly assess the model performance, a comparative analysis between iProDNA-CapsNet and existing state-of-the-art methods was done.

Results: Under the decision threshold corresponding to false positive rate (FPR) ≈ 5%, the accuracy, sensitivity, precision, and Matthews’s correlation coefficient (MCC) of our model is increased by about 2.0%, 2.0%, 14.0%, and 5.0% with respect to TargetDNA (Hu et al., 2017) and 1.0%, 75.0%, 45.0%, and 77.0% with respect to BindN+ (Wang et al., 2010), respectively. With regards to other methods not reporting their threshold settings, iProDNA-CapsNet also shows a significant improvement in performance based on most of the evaluation metrics. Even with different patterns of change among the models, iProDNA-CapsNets remains to be the best model having top performance in most of the metrics, especially MCC which is boosted from about 8.0% to 220.0%.

Conclusions: According to all evaluation metrics under various decision thresholds, iProDNA-CapsNet shows better performance compared to the two current best models (BindN and TargetDNA). Our proposed approach also shows that CapsNet can potentially be used and adopted in other biological applications. 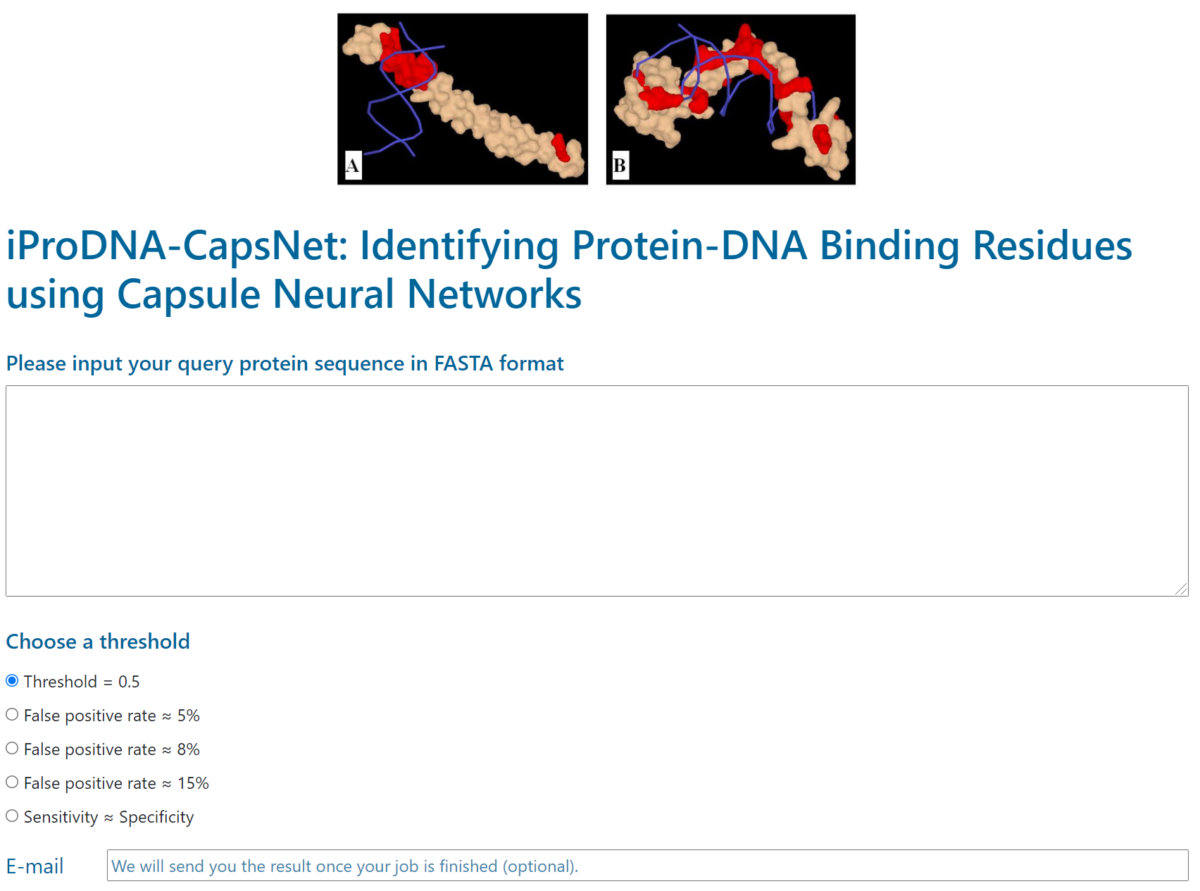 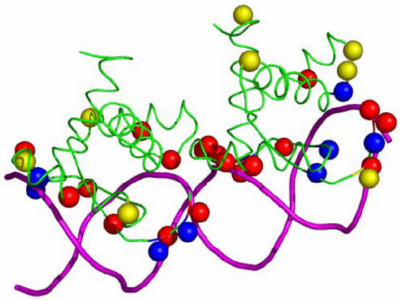 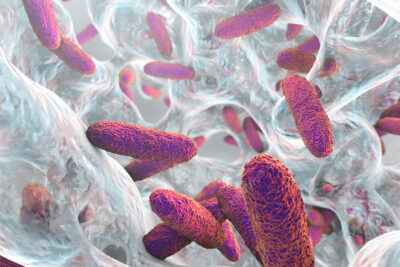